We've made it through the first 6 months of the year. Technically, what with it being August and seven months having passed since January, this post is over-due. But we like to keep it real over here on The Cosmo Collective and as the universe does things in her own time then so shall we. So here it is, what we've learnt over the first six (ahem *seven) months of 2019.

1. The importance of looking after your mind

The mind; arguably the most incredible part of the human body yet probably one of the most overlooked and under-cared-for bits. Often we take our mind, our mental health, the state of our mentality, for granted. We assume that it'll always be there to remind us to book that dentist appointment or remember the name of that song we heard on the radio last week. We assume its function, processing our daily lives, doing our job for us, remembering birthdays and after-work drink plans. But this year, and maybe it's something to do with the growing issue of mental health, maybe it’s something to do with the media or a combination of multiple causes, it’s becoming forever more pressing to look after our minds.

A sad mind, an overworked mind, an overwhelmed mind, will disrupt life. Either a slow-burning decay of becoming less productive and more dissatisfied with your presence on this earth or a quick implosion followed by an inability to function and a need to shut off. 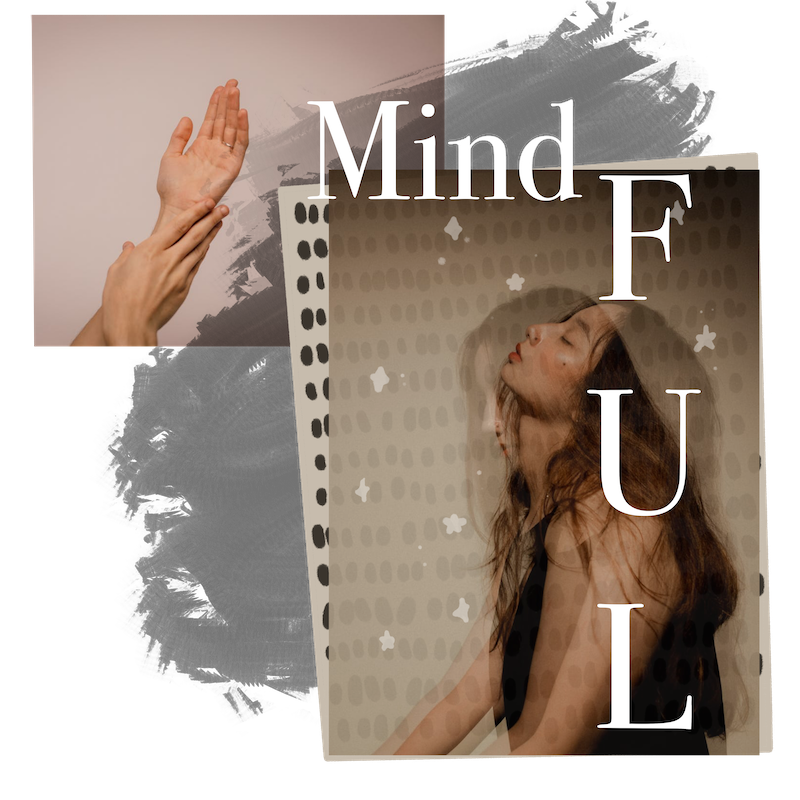 There’s been an increasing growth in the self-care movement but it's slowly becoming evident that our social construct of what “self-care” means doesn’t satisfy the mind enough to feel cared for. No amount of cinnamon-scented candles or baths or Chinese takeaways will provide enough relief.

Looking after your mind is a completely personal process and part of it is taking the time to listen to yourself and really figure out what you need.

Is it a day for organisation and clearing out?
Is it consistent journaling to get your thoughts out of your head?
Is it a slower-paced lifestyle?
Is it talking to a therapist?
Is it being in nature more often?

The list of things that might help you look after your mind is endless, you just need to do you.

As humans, many of us have a tendency to make plans. Lists in our phones of things we want to achieve, checklists for that day or week, food shop lists, lists of aspirational people, plans for the morning, lists of ways to cure hangovers, plans to get to work at 7 am.
Sometimes, often because life is tricky and unpredictable and a real bloody challenge, these plans don't work out. When this happens, when plans fail and we don't succeed, we have a tendency towards self-inflicted disappointment. 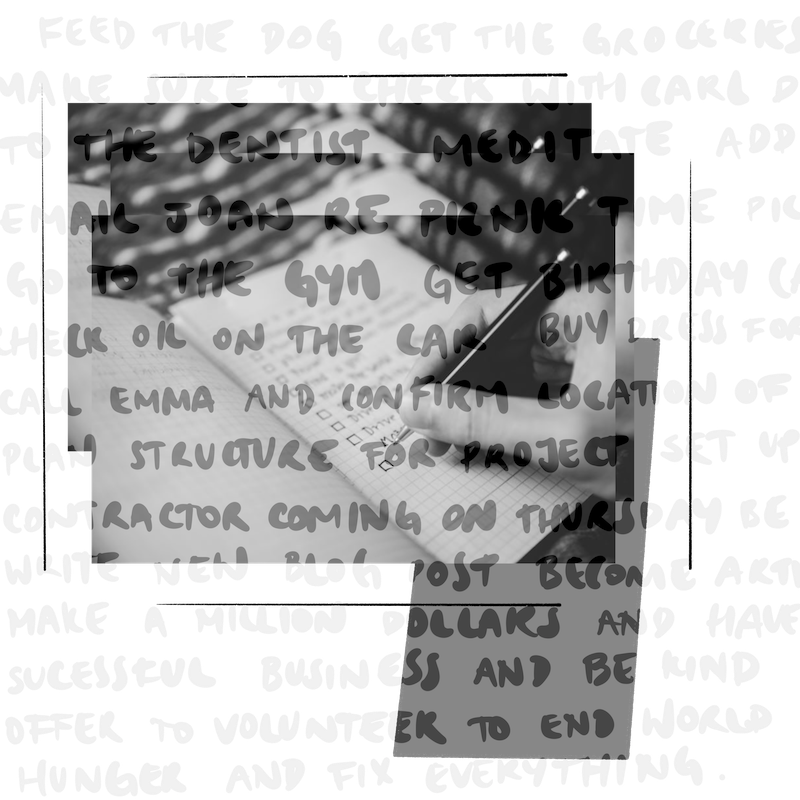 I worry that I have become too much of a planner. Throughout life, we are frequently advised of the importance of organisation and we're pushed to be the most organised we can be. We're told it's a skill that warrants being on your CV, crucial to the future employer. Absolutely organisation is an important skill to have but obsessive planning can be harmful, especially in a climate where we have a tendency towards holding ourselves to extremely high standards. A culture of setting ourselves up for failure. Instead of trying to plan less and trying to be less organised, I’ve begun to embrace the concept of letting go of plans. If life gets in the way, if things don't work out; let go.

This is something I've been focussing on especially this year, rewiring my brain to be able to let go of failed plans more easily and quickly continue with life.

In a world that appears to be moving simultaneously at the speed of light and snail's speed, it's important to pace yourself independently of the world and everyone else in it. Checking in with yourself and finding a rhythm that works for you is vital and valuable to functioning as an adult. For me, this meant slowing down rather than speeding up. Practically, I find that so much of my time is wasted on my phone and particularly social media. Endlessly and mindlessly scrolling, photo upon photo of mostly irrelevant content. I find that I can look down at my screen and look up fifteen minutes later having only felt like seconds have passed. When I do this, the only one losing out is me. Taking time away from technology has given me time I didn’t even know I had. 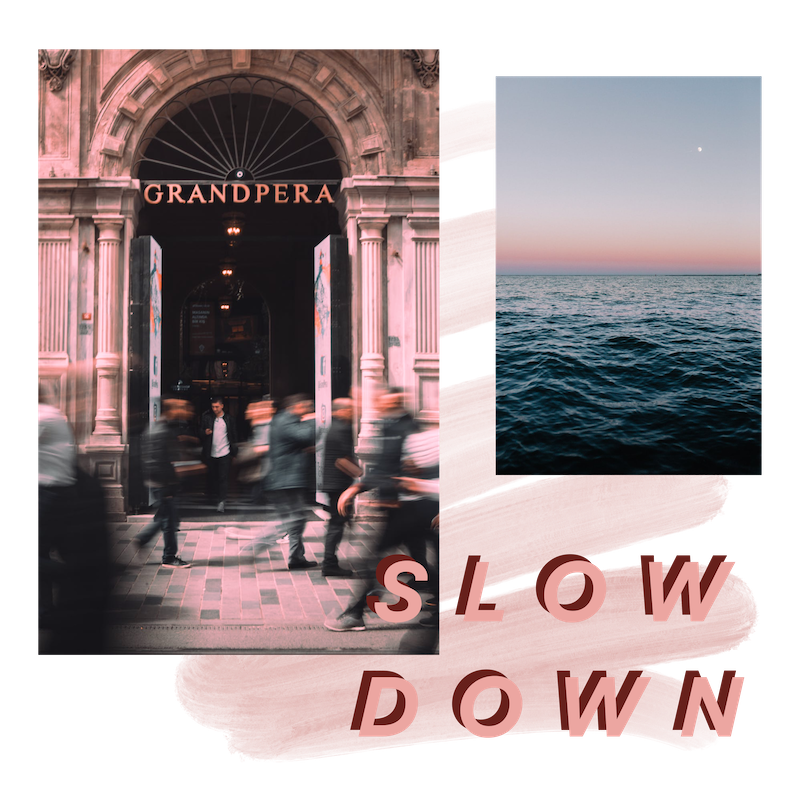 These pockets of time are oddly nostalgic of my childhood, hours spent inventing games or things to do. I find myself drawing and writing more, exercising my imagination. My creativity has also sky-rocketed, with more time to just sit and mull rather than filling it with someone else’s content, I've had more business ideas, blog post ideas and creative endeavours than ever before. I also feel a heightened sense of closeness my environment and the world around me. I feel like I see more of what's going on. Maybe that’s because I’m moving at a slower pace and it's more like watching a TV on x3 fast forward speed, peering through the glass screen at a vantage point to observe the scene before me. It’s a difficult process to distance myself from my phone, my trigger thumb often opening Instagram or Facebook subconsciously, I find myself practicing will-power to avoid it. However, I have felt the benefits already as my method of slowing down and finding my own pace.

4. The environment needs our help

Our lovely planet is essentially dying and it's our fault. There’s a huge climate crisis and it’s honestly terrifying. Discussions around this topic have grown astronomically over the past six months and I've learnt more in this short period about the environment than in my other 22 years on this planet. So, instead of poorly regurgitating the facts, I’ll link my favourite and most insightful content on the subject below. I have spent this year becoming increasingly more informed and moved about this cause. 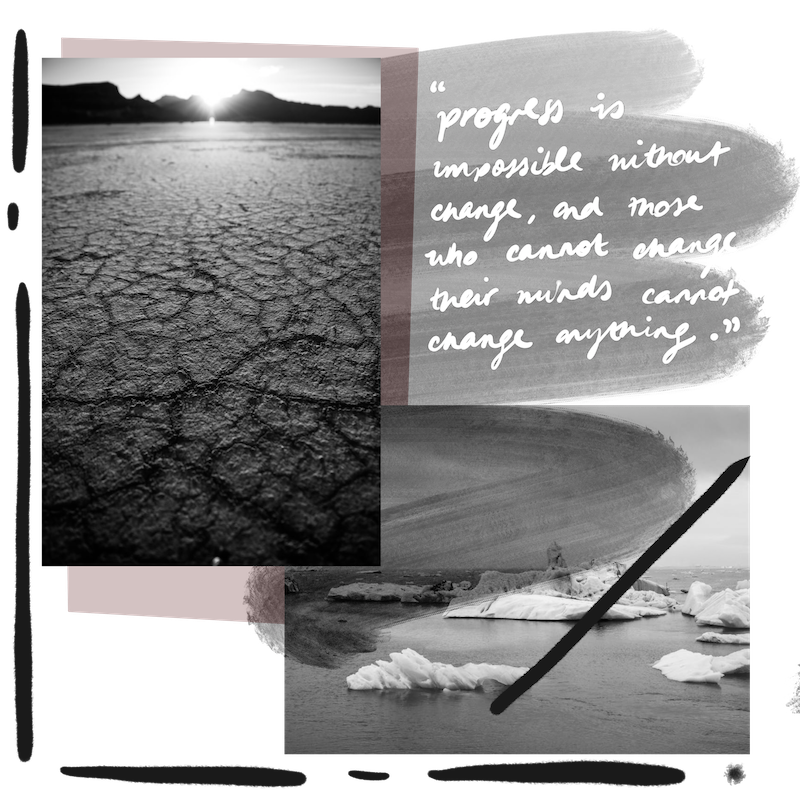 One of the things I’ve started doing over the past six months is changing who I follow on social media and frankly, it's been a breath of fresh air. Far fewer flash photos of influencers on lavish holidays turning my already green eyes greener from envy, and far more posts about topics I genuinely care about. I try to fill my feeds with people who share reliable content about topics such as the environment. I’ve started doing this because although I'm trying to reduce my social media usage, it is something I check daily, and this keeps me more consistently updated about things I care about, as well as being generally better for my wellbeing.

If you care about the climate but don't know what to do, there are so many resources available for ways to help. I've realised recently that the public’s biggest power and influence over government and the market is the way we spend our money. Change happens if consumers are leaning towards certain products. So I’ve started to show governments and big corporations that I care and I want change by spending my money in favour of protecting our planet. These small changes make a difference, they influence my friends and family as well as the people who can make direct change to policy

One of the key takeaways I've learnt over the past six months is that I am an environmentalist because I care about the environment, and no I’m not perfect. I make mistakes, I do things that contribute to greenhouse gas emissions but I try my best and I’m always trying to improve. If we all try then hopefully, we’ll get somewhere better than where we are currently.

5. Sometimes you are your biggest limitation

This is the one we’re still working on if we're honest, but it’s something that’s become apparent in the first half of this year. Too often we hold ourselves back, we don’t even put our names in the raffle in fear of failure. We've all heard it or said it before:
“Yeah I have this business idea but I probably won't do it because somebody's probably already doing it.”

What kind of bullshit is that? If everyone thought like that we'd have no innovation. Of course it's terrifying to pour your heart into something only for it to not work out. If you give it 100%, then you have nothing to hide behind, no excuse of “well it definitely would have worked if I had been bothered to do x, y or z”. Its failure is on your shoulders.

But how can you expect to achieve and succeed without giving it your all?

The truth is, you can't really.

We self-sabotage as a coping mechanism to avoid heartache. Unfortunately, there’s no real remedy for this one except guts. So what if it doesn't work out? Likely no one will remember. Most successful entrepreneurs have multiple failed businesses before their big break. There are so many other stories like this, famous authors whose books were rejected by numerous publishers, incredible performers who were told they weren't good enough. You've heard them all before. 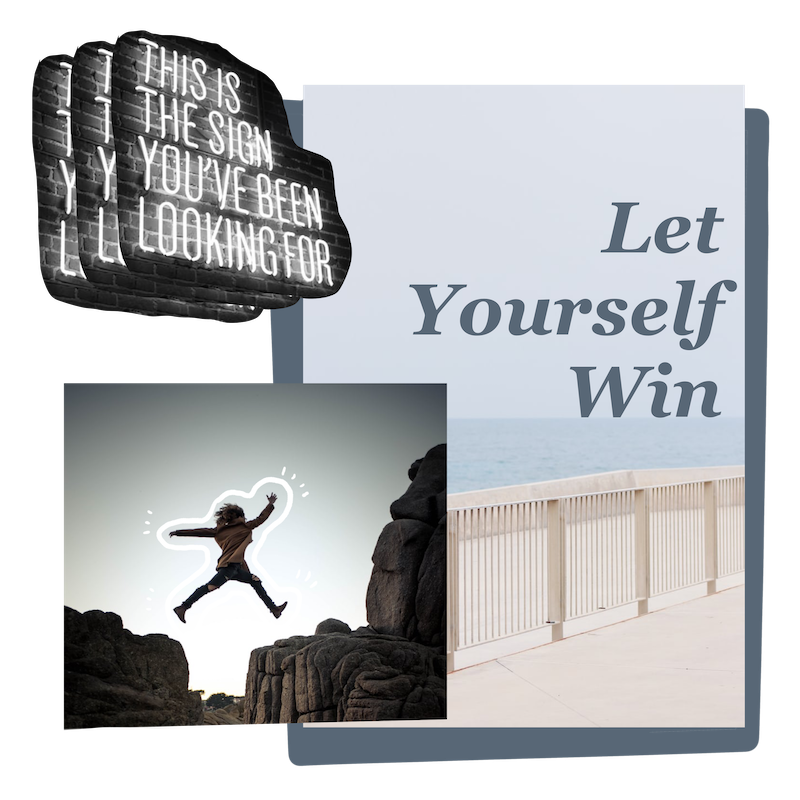 These stories of people who didn’t let failure put them off are motivating for about five minutes but don't really impact reality. The reality of vulnerability in declaring that you did your best and if it fails then it's simply because it wasn't enough. The pay off when it is enough is more than worth the fear and vulnerability though.

We’ve realised that the first step towards stopping yourself being your biggest limitation is recognising when you’re self-sabotaging. Hearing those little words of doubt or noticing behaviours of limitation.
This is obviously all easier said than done. That’s why this is the one we’re still learning, the one that keeps tripping us up big time, but hey, we swallowed our pride and made this sweet space and we’re really hoping she proves our internal doubts wrong and blossoms into a beautiful… bush? Sorry, the alliteration has been too much in this post, we promise more varied language techniques in the future.

So that’s it. I mean, hopefully, we’ve learnt more than five things in the past seven months, but those are the big ones. Those are the stand out lessons from the first half of 2019 for us. Let us know over on Instagram (@cosmocollective) what yours have been - we’d love to hear from our cool cosmic community ;)